Home»Event and Social»Pup Aid and other Canine events»2012 Ukraine with Marc the Vet and Four Paws»Marc the Vet goes out with the Four Paws Project Ukraine dog catching team. July 28th 2012 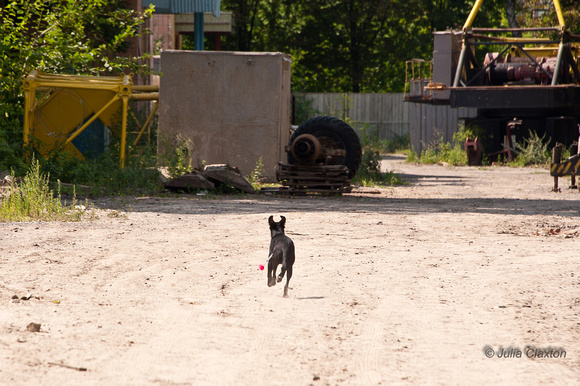 After a while it is decided to try a second dose of sedative on this dog who is still very active. Four Paws Project Ukraine dog catching team at work in Lutsk.
Local residents, who are fond of the stray dogs, usually alert the Four Paws team to untagged strays. The team make several trips a day collecting the strays and returning them to their home territory after their treatment and recovery. photo©Julia Claxton/Four Paws
©Julia Claxton 2012
Powered by ZENFOLIO User Agreement
Cancel
Continue