The initial impetus for this work was the richness and diversity of form in the fruiting bodies of fungi and the sense of the hidden revealed in their sudden appearance. The paradox of what is revealed intimating much that remains hidden, beyond the visible and physical, became manifest as I worked. The myths and mystery that traditionally surround these fruiting bodies are echoed in this apprehension of an ever unfolding universe, a microcosm that reflects the macrocosm.
The greater part of the life cycle of fungi takes place out of sight, for some the entire process remains invisible to us. They are in the air we breathe, beneath the earth, in the fabric of buildings, in living tissue. Theirs is a process not only of decay, but of regeneration, of nourishment and of poison, of vital symbiotic relationships. The physical processes are complex and deeply engaged in living matter. Yet even when clearly visible these fruiting bodies with their readily appreciable sensory attributes of form, size, texture, scent, colour retain a sense of the intangible that transcends their morphology. Whatever their physical state of development, whether young and intact or old and deliquescing they give a sense of the alien, a self contained completeness that simultaneously belies itself. It is not only, then, the physical properties of the hallucinogenic varieties that evoke a metaphysical response.
Six of these images were awarded the Royal Photographic Society Silver Medal at the International Garden Photographer of the year awards. Giclee prints of glowing colour, these jewel like images of fungi were created by scanning and digital editing. 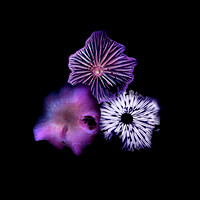 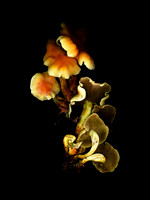 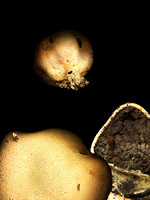 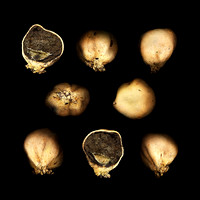 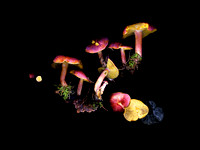 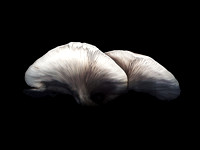 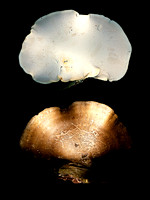 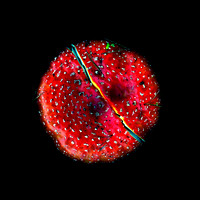 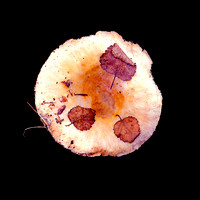 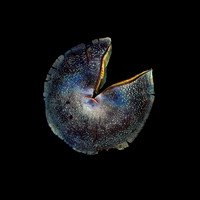 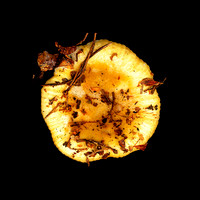 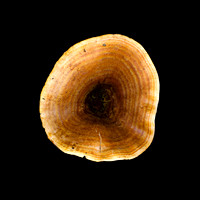 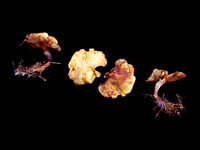